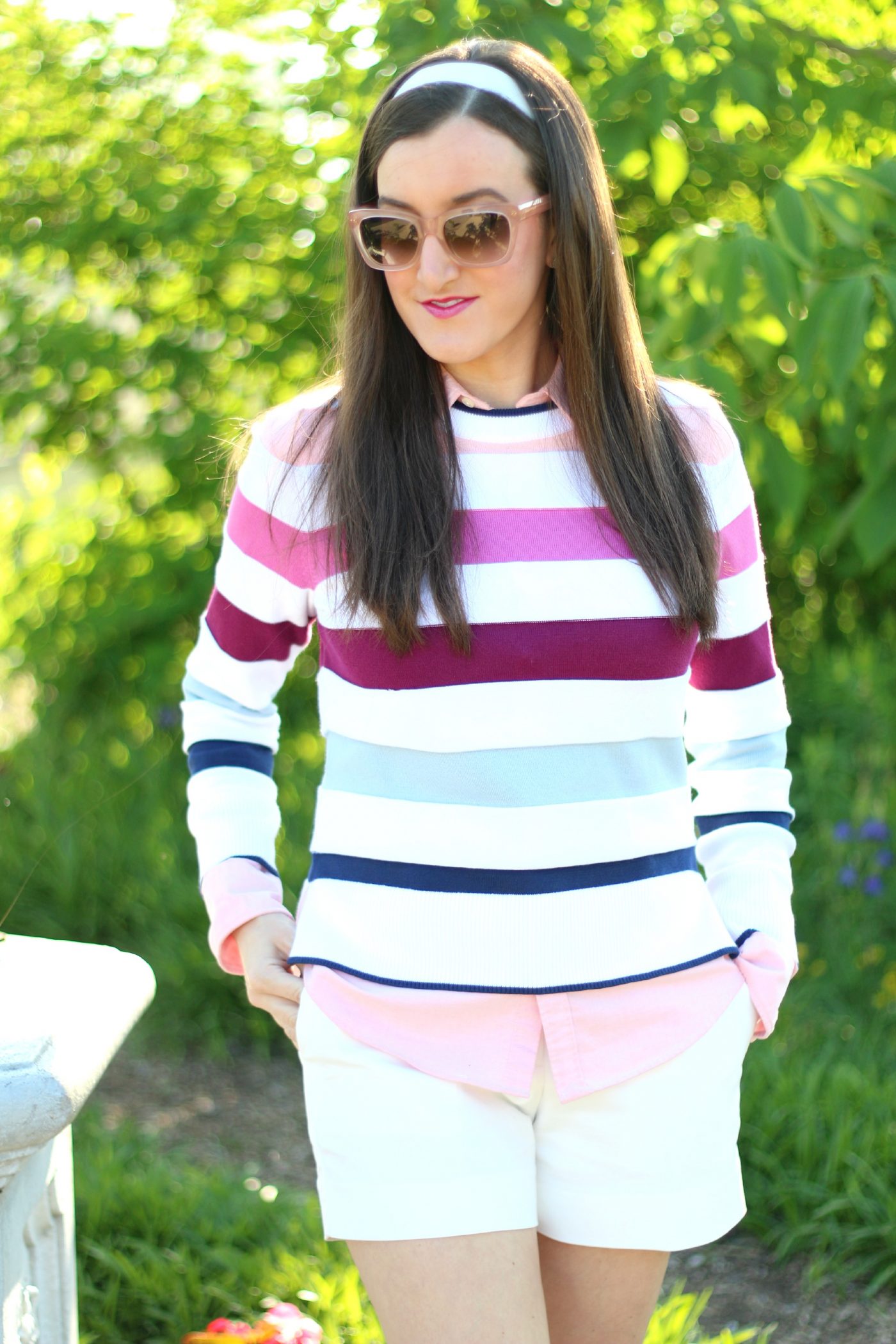 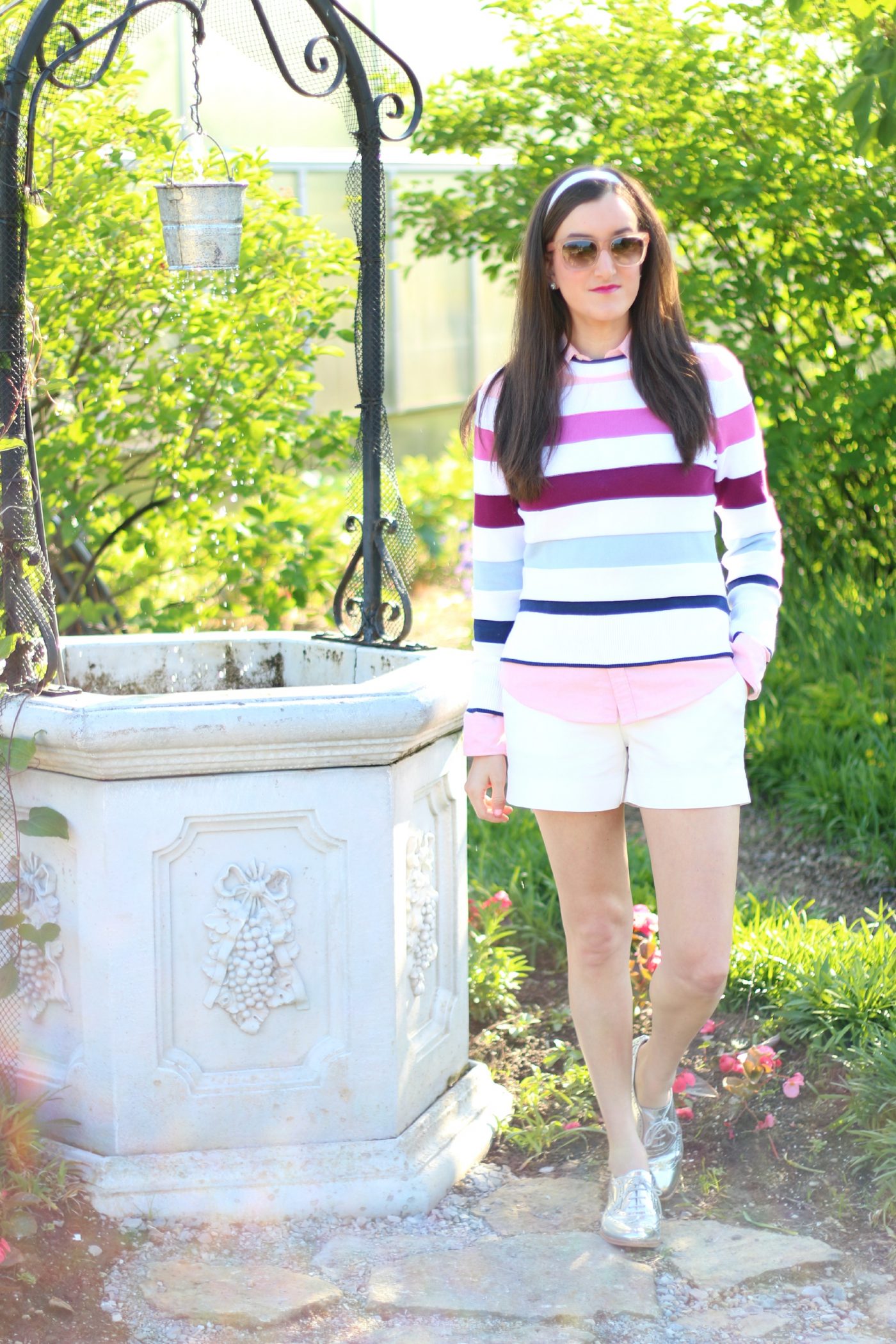 How do I begin to describe my love for the color pink? I could go on all day. I’ve never found a shade of pink I don’t like. It’s fun, feminine, flirty and just makes me happy. That’s why when I saw this striped sweater at Brooks Brothers, I knew immediately it was going home with me.

This is actually my first personal purchase from Brooks Brothers. My boyfriend lives in Brooks Brothers clothes, so I’ve gotten him stuff there before, but never for myself. That changed when he wanted to pop in to the Kenwood location when he was in town recently. I don’t know if other girlfriends feel this way, but I actually love shopping for my boyfriend. He’s really into dressing well, so it’s cute to see how excited he gets when he’s shopping at Brooks Brothers. I swear he has every pattern shirt they’ve ever made, which makes it really hard when it’s time to get him Christmas and birthday presents.

On this particular day, I got a little bored while he was looking at solid-colored button downs (yawn), so I moseyed on over to the women’s section. A lot of things were a little too serious for my liking, but this sweater was calling my name. I knew the pink and navy stripes would be getting a lot of action, whether it would be during the work week or on the weekends. That’s proven to be true, because I’ve worn this at least five times. Hey, at least I’m getting my money’s worth, right?! 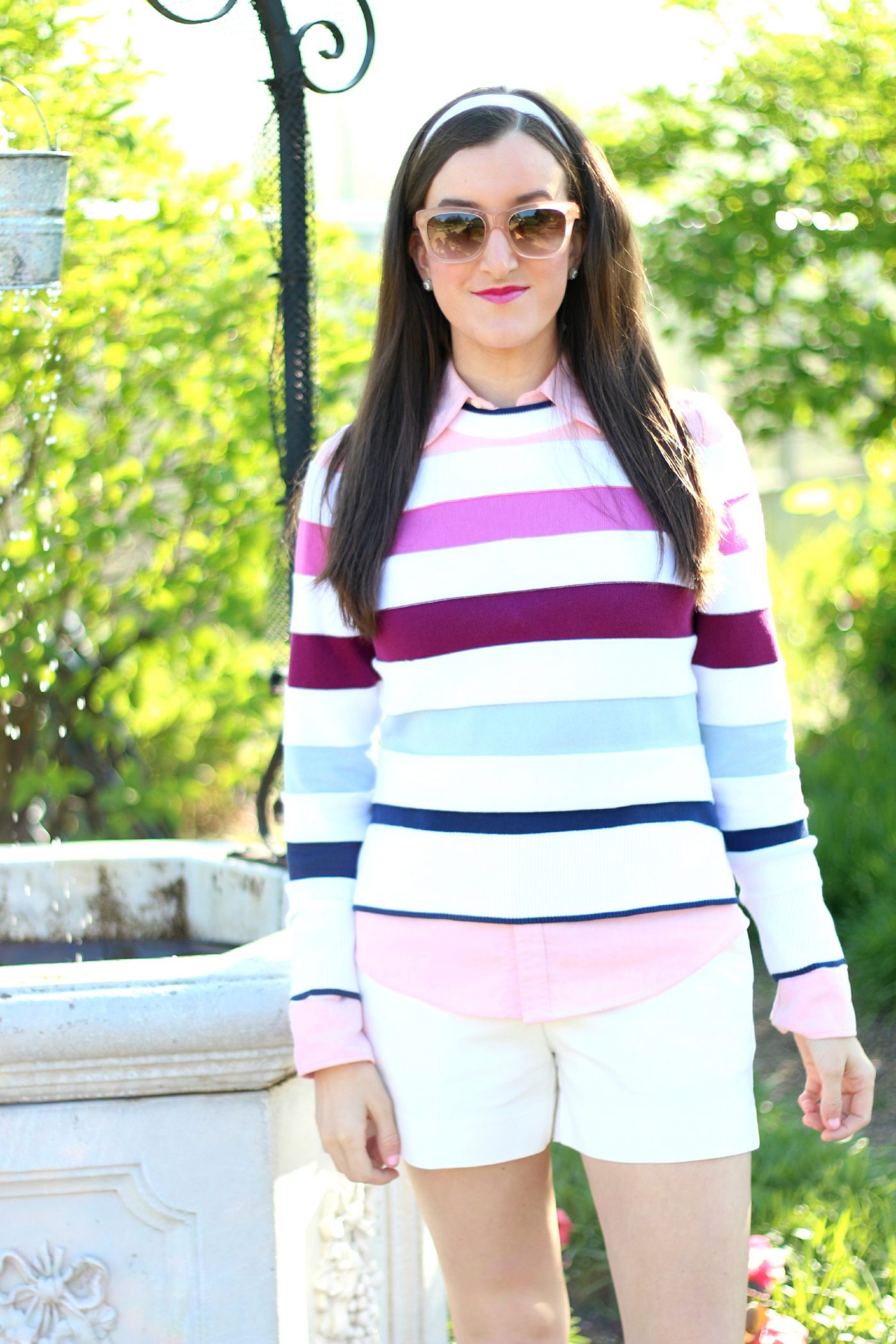 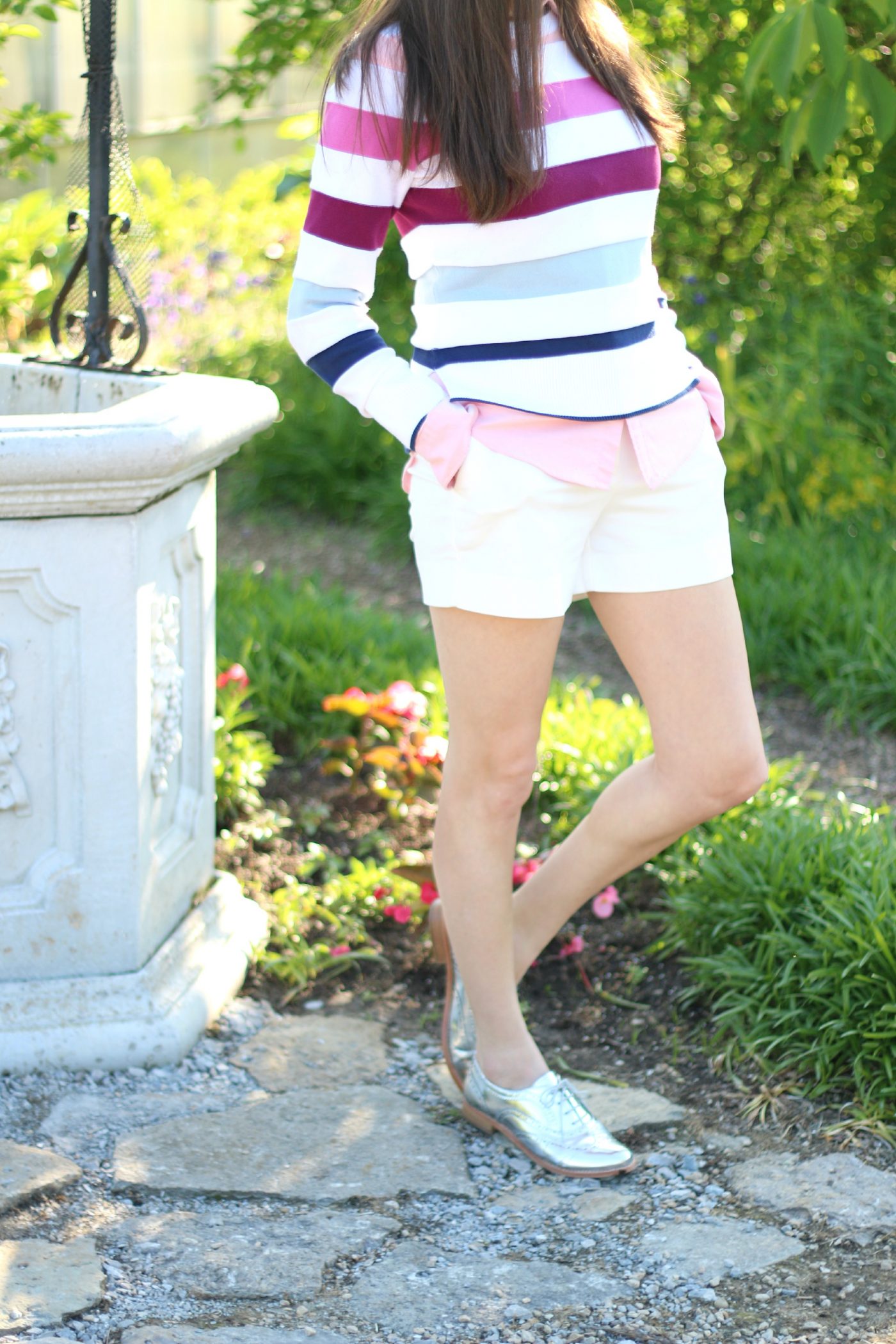 PS- is anyone else relieved the week is already half over? I was feeling really invigorated all of Tuesday, but I’ve been feeling sick ever since I ate dinner last night. The fact that I made over a pound of roasted vegetables and rapidly inhaled them probably triggered it. Whatever it is, I’m ready for a lazy weekend! 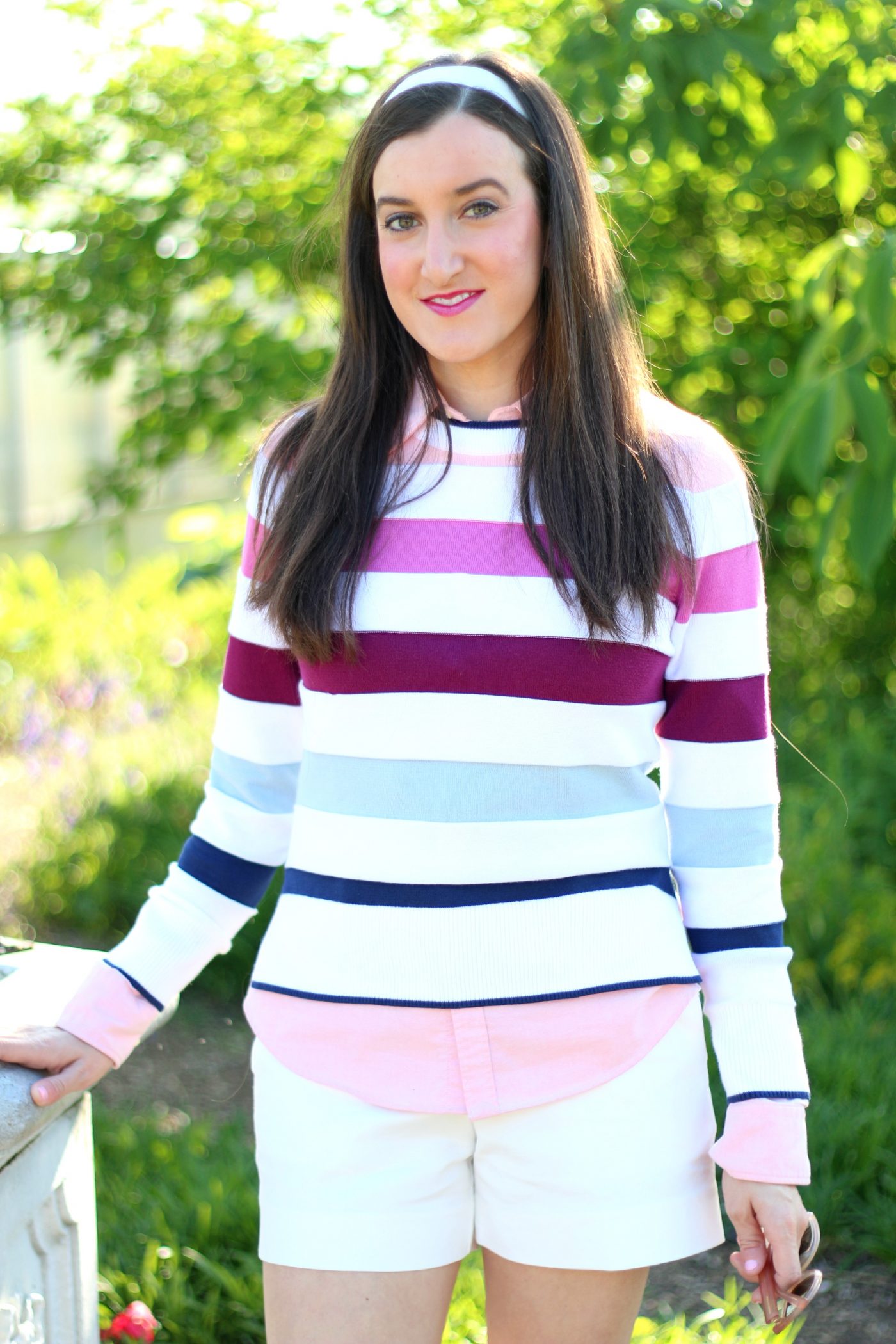 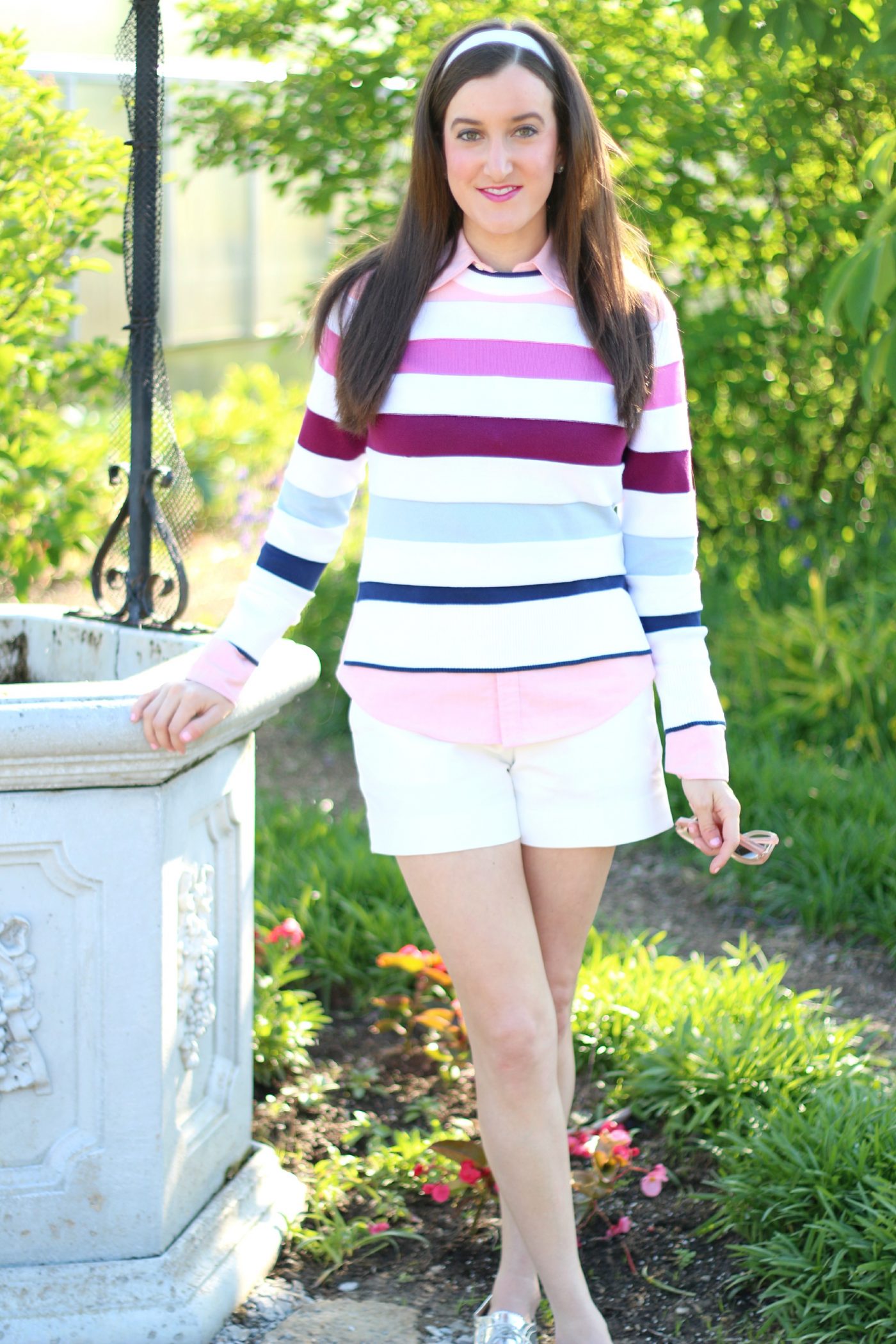 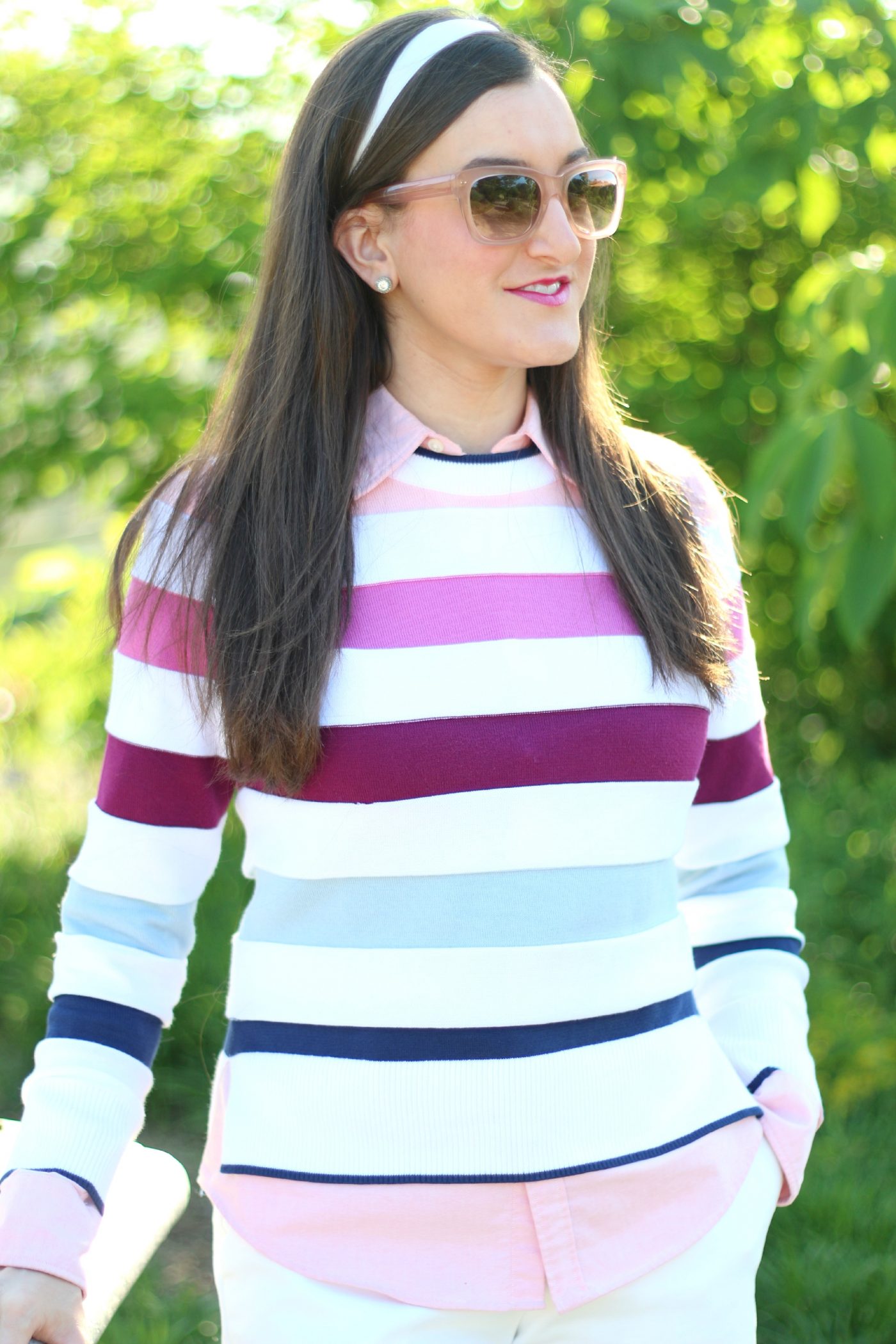