The title pretty much speaks for itself, but I’m moving!! After five long years, Joe decided to leave Cleveland and head down to Cincinnati. We had been talking for awhile about all of our options, and when the opportunity for this condo came about, we decided to jump on it. It’s perfect because Joe is keeping his current job, but simply transferring down to the Cincinnati office.

I’ve been so bad about blogging lately and sticking to a consistent schedule, and this condo renovation is why! There’s so much going on with this project on top of my real estate career and staying on top of my blog projects, that’s is been really hard to write and publish blog posts. I always beat myself up about being inconsistent, but my fingers are crossed that once this is all done and we’re settled into the new place it’ll be much more calm!

I knew the condo was going to need a ton of work, but I had never personally seen it because there were tenants living there. After years of the tenants living in the unit, I finally got to see it for the first time in August. It was pretty rough! If I weren’t in real estate, I probably would have been a lot more scared and overwhelmed than I was. Sure, I was still scared and overwhelmed, but I’ve seen many a renovation project, so I know how spaces can transform. Literally, every single part of this condo needed to be demolished. There are two bathrooms and they were in rough shape. The building itself is a bit older, so this particular condo contained a lot of the original elements. Everything had to go, and I wanted it to happen sooner rather than later! 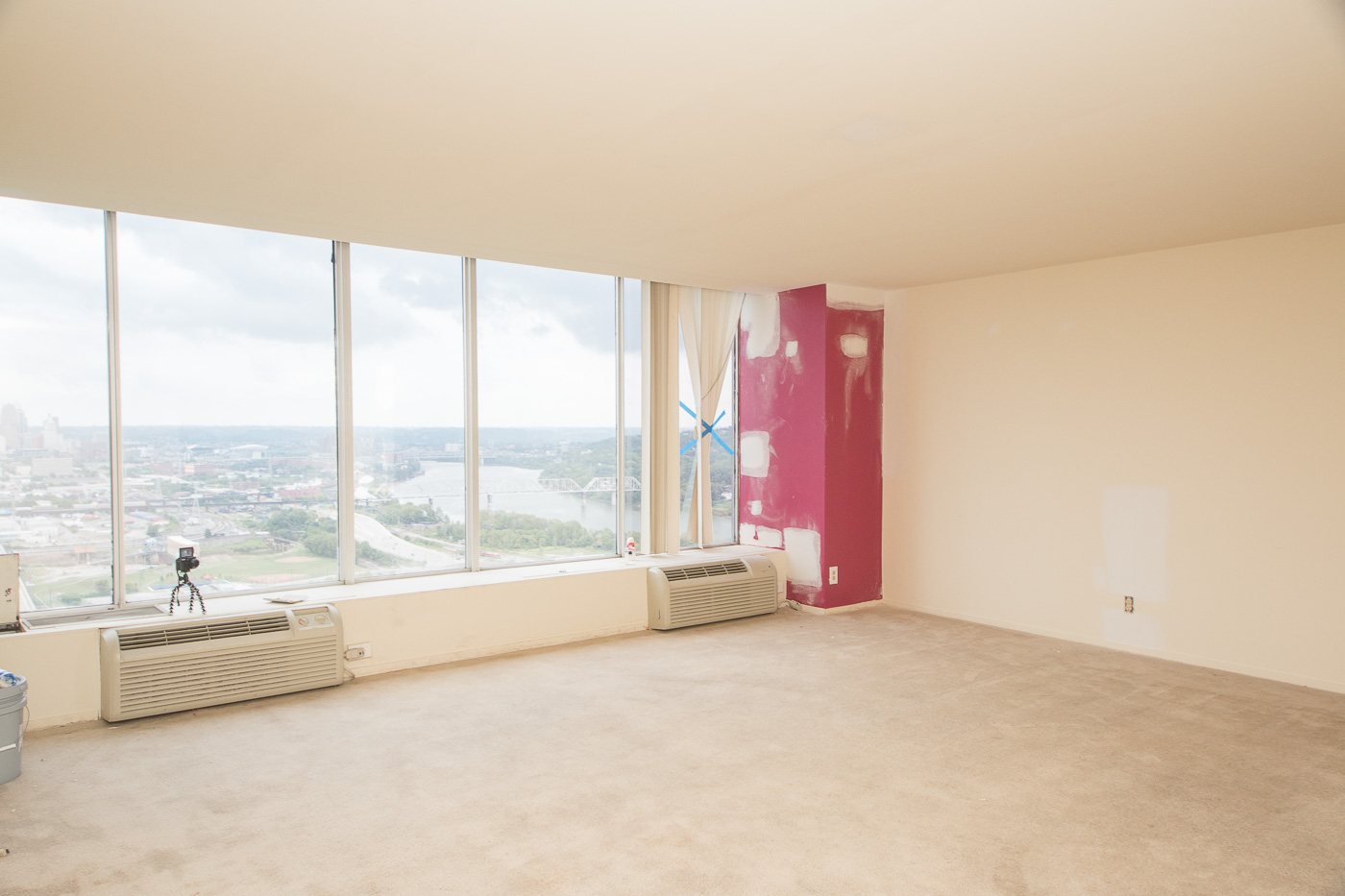 I don’t remember the exact date, but I believe we started the demolition process sometime in September. Honestly, these past four or so months have felt like such a blur because of the stress of this renovation project. When we first solidified this condo as our next step, Joe and I thought the condo could possibly be done by end of October. Then it got moved to end of November. Now we’re in late November and it’s still not close to being done. Yes, it’s been just a little stressful! At this point, the condo is completely demoed (walls are gone, old plumbing is gone, entire kitchen and condo flooring is ripped out). I have a lot of our finishes picked out, but still some more things to finalize. If there’s one thing you can expect out of a condo renovation (or any construction project for that matter), your end date is definitely going to be pushed back and probably multiple times. 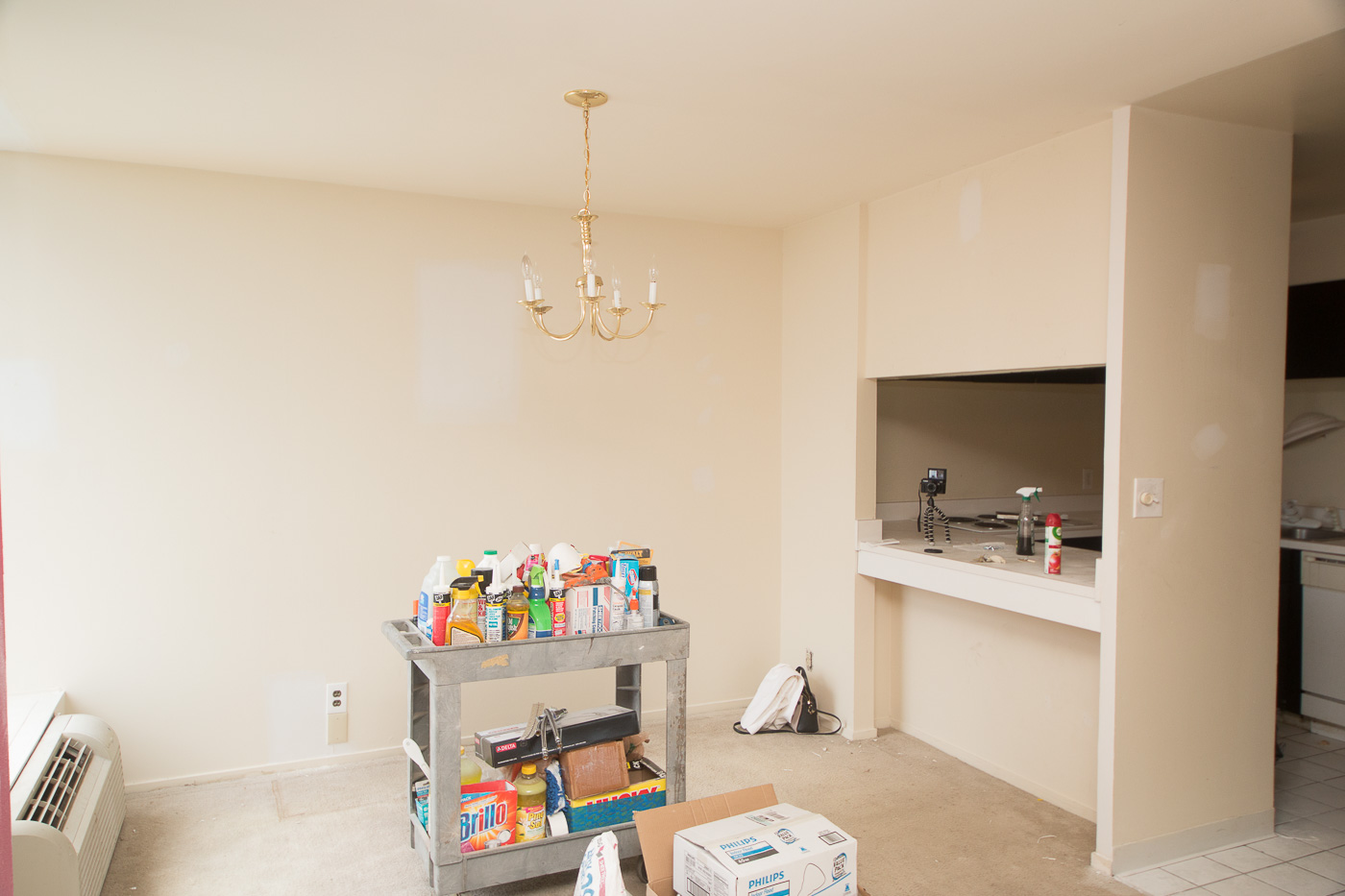 The pictures I’m sharing today are far from cute and don’t really line up with the typical content on my blog, but I absolutely love a good transformation! Is there anything more exciting than seeing before and after pictures of a remodel? I don’t think so! These pictures were shot back in August before anything had been touched, and right after the tenants had moved out. 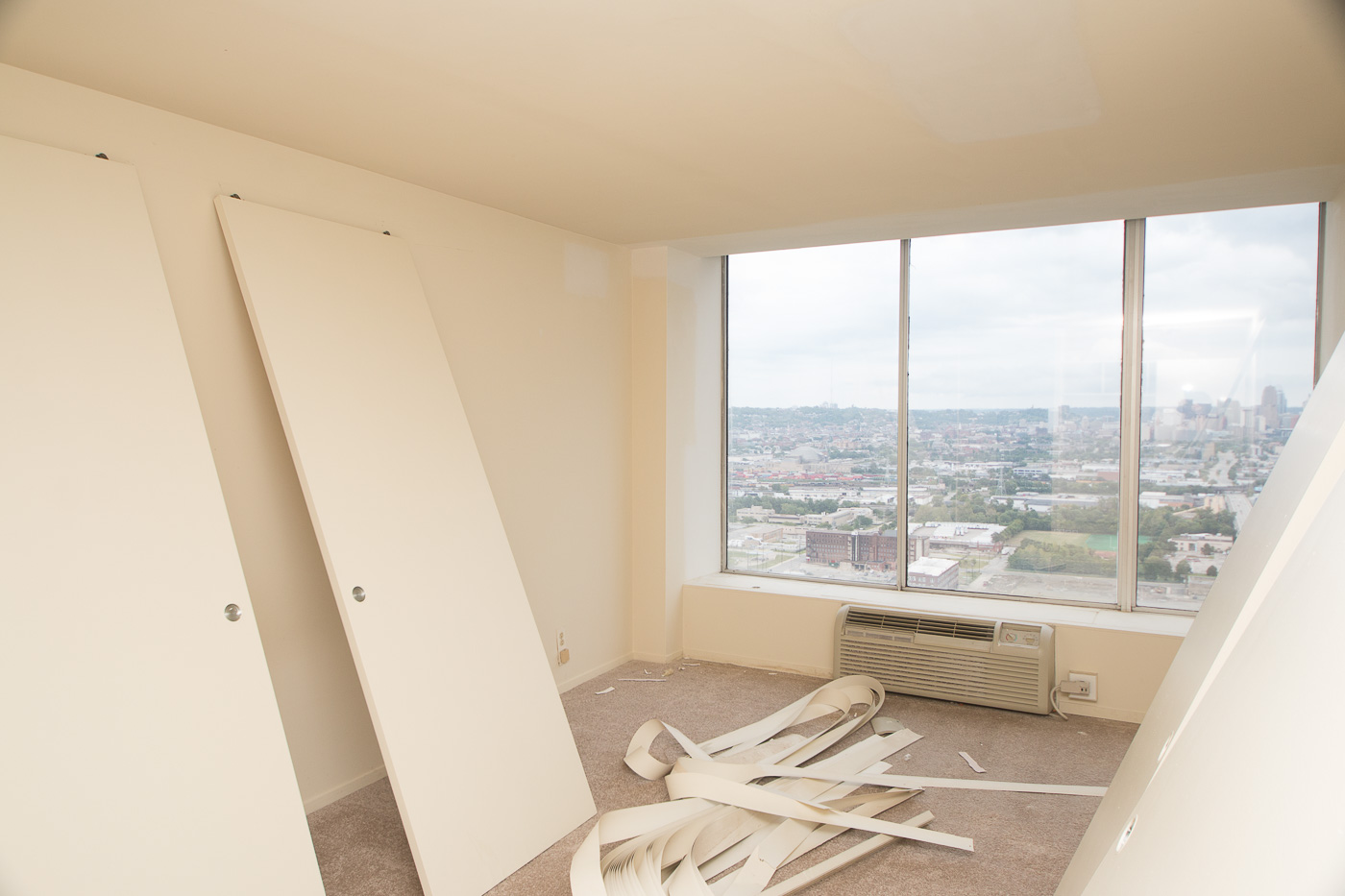 One of the biggest transformations you’ll see when it’s finished will be the kitchen. We’ve taken down all the walls in the kitchen (why have walls when you have a condo with a view?!), and it’s going to be a much more open space that ties in with the living room. Our space isn’t huge but has two bedrooms and two bathrooms. No room will be untouched!

I’m planning on sharing more as the renovation process continues, and have already shot some video and photos of the demolished space. It’s crazy how different it looks from these pictures! Once the entire project is done, I’ll probably film a video discussing the process in case you had any questions about how it works or what our experience has been like. Feel free to send any questions my way! 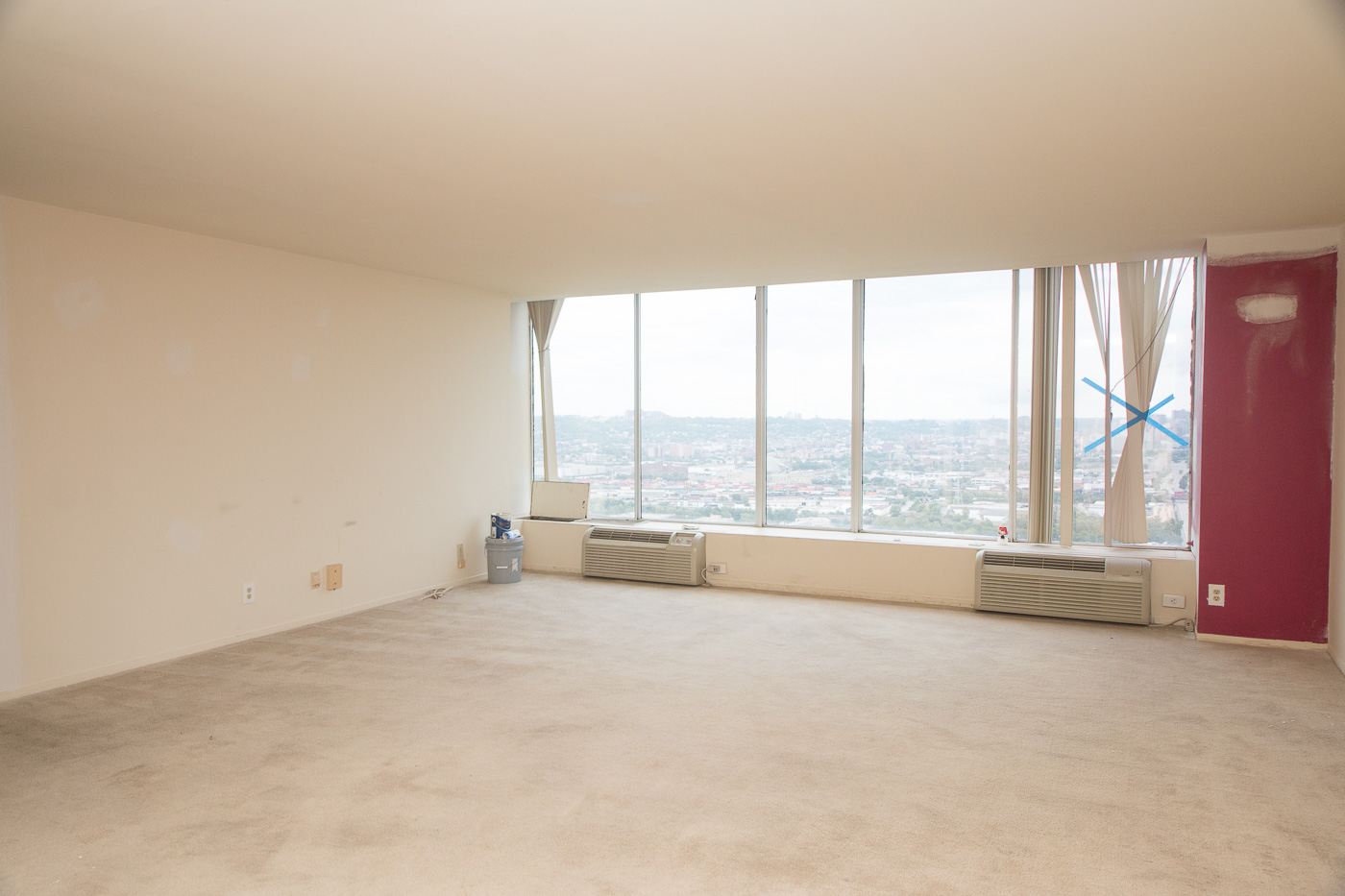 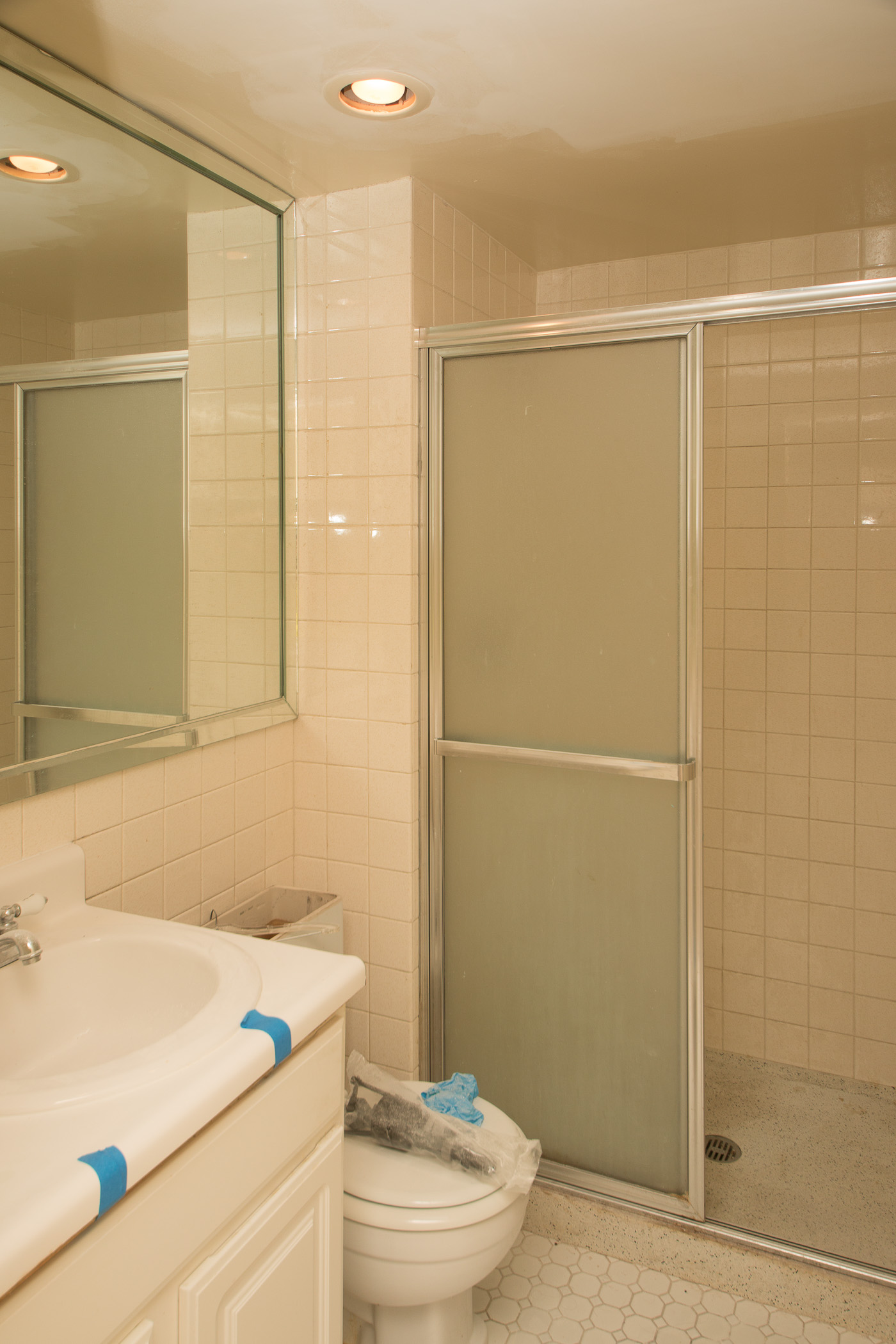 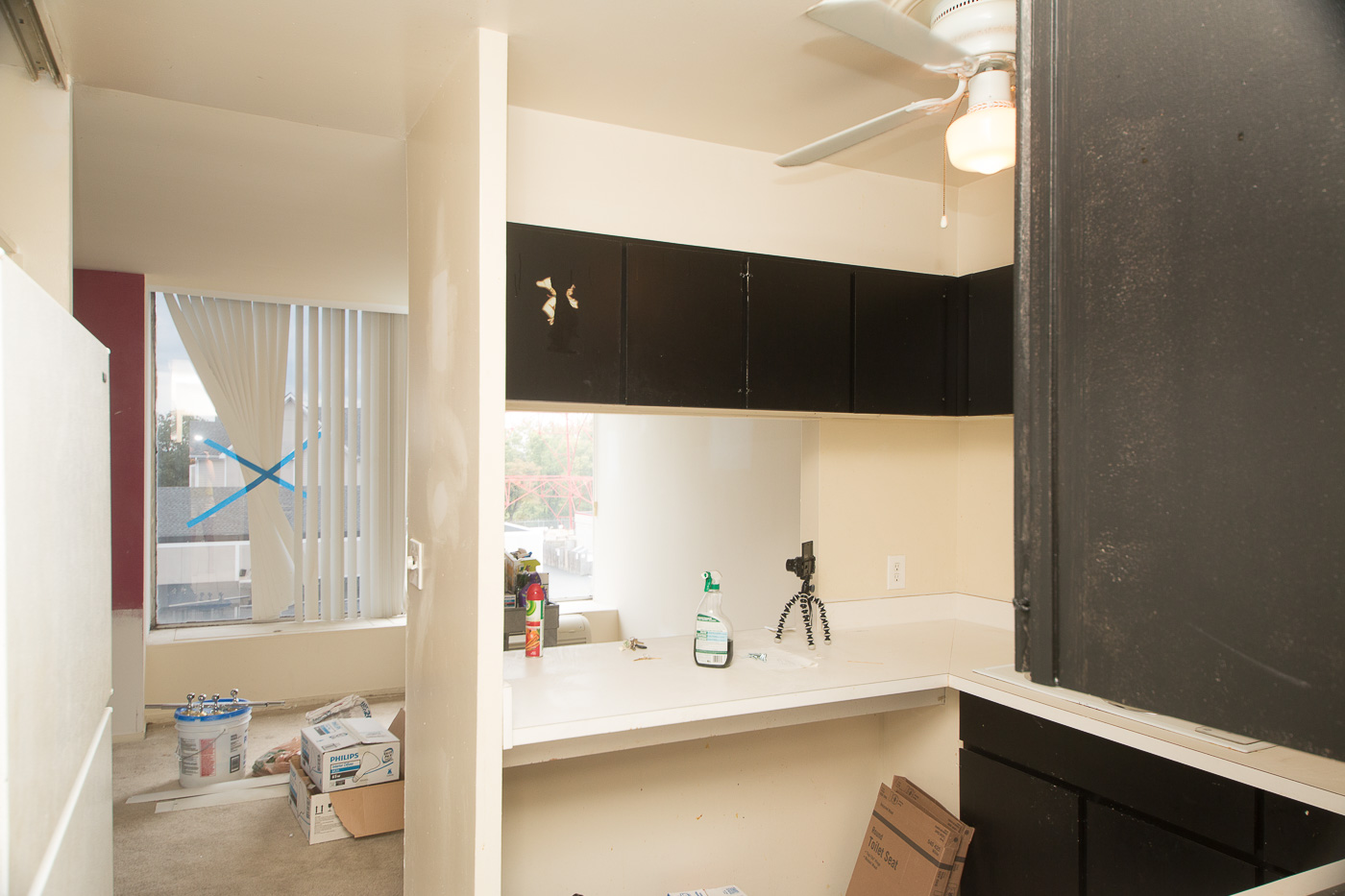 My Happy Holiday Home with The Bouqs Co.

West Elm is Back in Cincinnati!

2 thoughts on “I’m Moving! Buying and Renovating My First Condo”