Another weekend has come and gone, and all I can think of is how we’re slowly getting closer to spring. Seriously, my mind is already on cute warm weather dresses and being slightly less pale than I currently am. I’ve already blocked out last winter, so I can’t remember if it had already snowed a bunch by this time last year. Yes, I know we’re only twelve days in, but I’m hoping we can dodge the snow bullet this year. I’ve already been contemplating spontaneously getting in my car and driving to Florida in the case that any snowstorms arise.

Did you guys watch the Golden Globes last night? I have to say, I thought it was all around great! The red carpet was insane (as usual), and the show itself was well done and hilarious (also as usual). Apparently it’s Tina and Amy’s last year hosting the show, which is super sad. They make an amazing duo, and I have to admit I have a girl crush on Amy Poehler (who doesn’t love Leslie Knope?). My mom and I were talking during the show, and decided that Kristen Wiig would be a great host next year. Who wouldn’t love that?!

Now onto the important stuff…the FASHION. I personally feel that great outfits majorly trumped bad outfits on the carpet this year. As I’m writing this, I can’t even recall anything that was truly unfortunate. I’d say that’s a good red carpet! I could probably talk about 30+ outfits that I oohed and aahed over last night. Nobody has time for that though, so I wanted to narrow down some of my faves.

Leslie Mann in Kaufman Franco. Umm, to say I love yellow is an understatement. This fitted strapless dress on Leslie Mann was absolutely gorgeous, and shows off her tiny figure. I love red and yellow together, and her red Elizabeth Arden pout are the perfect complement to this yellow statement! 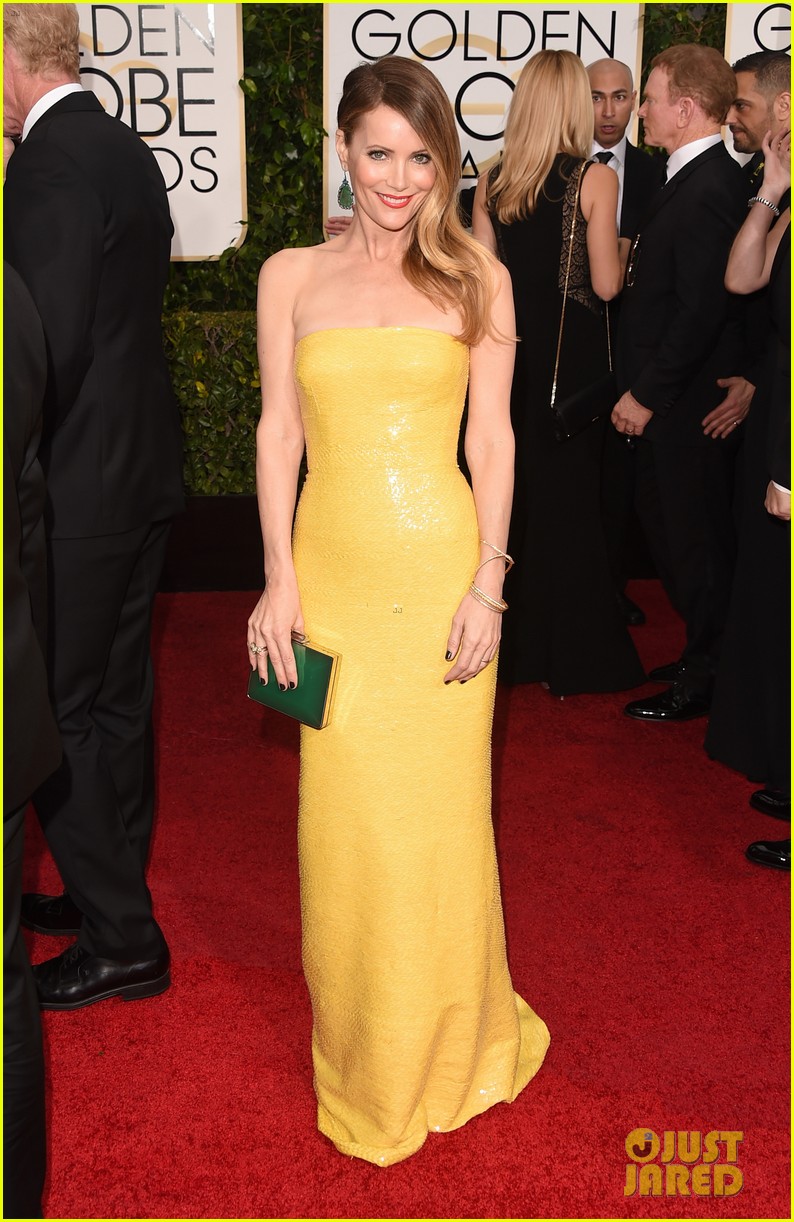 Anna Kendrick in Monique Lhuillier. This dress on Anna was ethereal and feminine, which is a match made in heaven! I loved that she pulled back her hair and chose a middle part, because it allowed all the focus to remain on the dress, which was smart. I mean, the details of this need to be admired, and how tiny is she?! I also loved that she added a simple but classic earring.

Naomi Watts in Gucci. My mom and I loved this yellow dress on Naomi! Can you see that I love yellow? The silhouette flattered her so well, and I loved the embellished belt. It was flashy, but not too much to overpower the yellow. It was smart to keep the dress simple, because that necklace! I could go on and on about that necklace. When I first saw it, I wasn’t sure what to think, but then I saw a close-up shot, and was in love. I found out it’s actually not the first time she wore this sparkly Bulgari snake, which in my opinion makes Naomi even cooler. 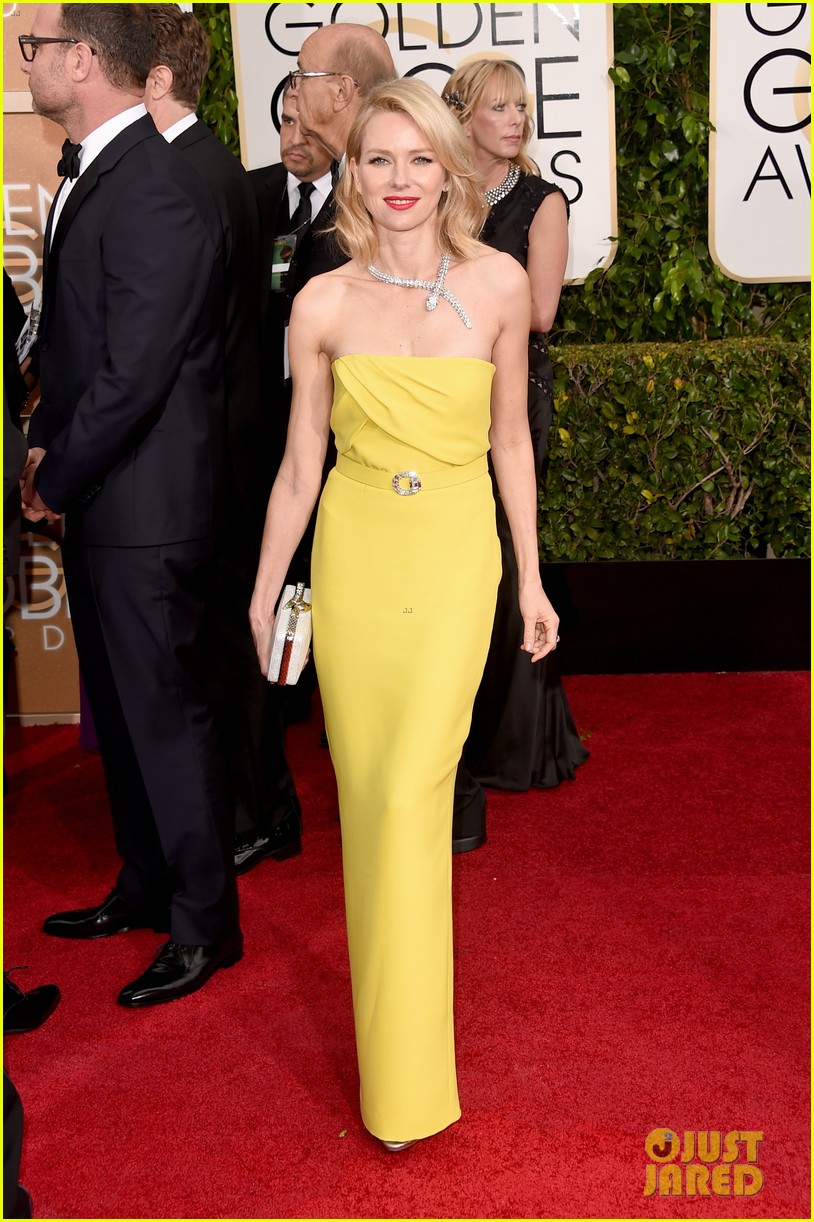 Amy Adams in Versace. I loved this shade on Amy, and thought it complemented her red hair perfectly. The draping around the waist really accentuated her tiny figure, and I thought this looked so feminine. This dress makes me wish one shoulder outfits. Let’s bring that trend back! 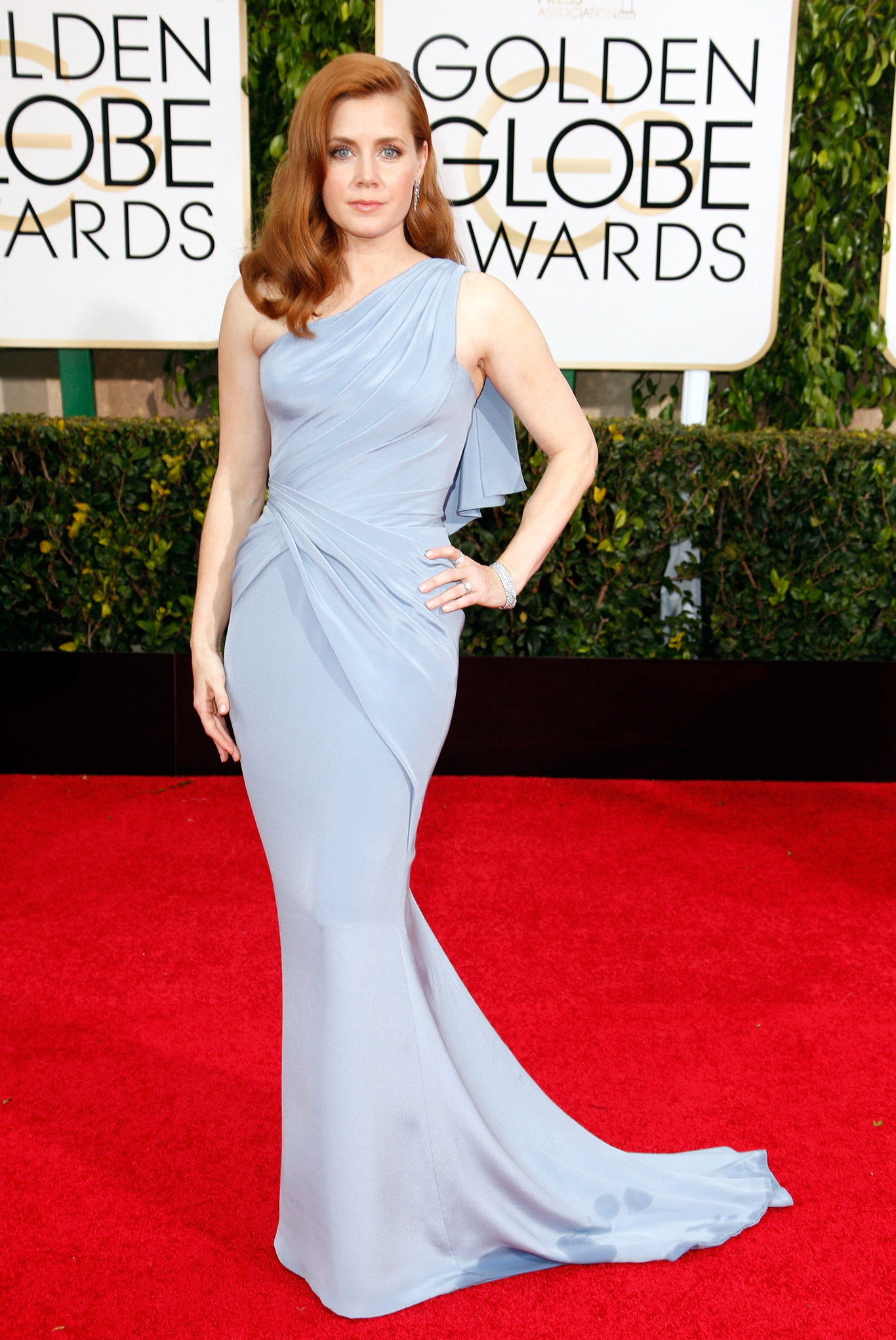 Emma Stone in Lanvin. Is there anyone cooler than Emma Stone? I’d argue no, and I think that’s evident in her fashion choices. I’m a huge supporter of the jumpsuit, and love that Emma rocked one on the red carpet. I wasn’t sure about the train at first, but if anyone could pull it off, it’s her! The top of this jumpsuit would also make a gorgeous dress, but I loved how it looked with the solid black pant. Seeing her hair like this makes me want to chop mine off ;). 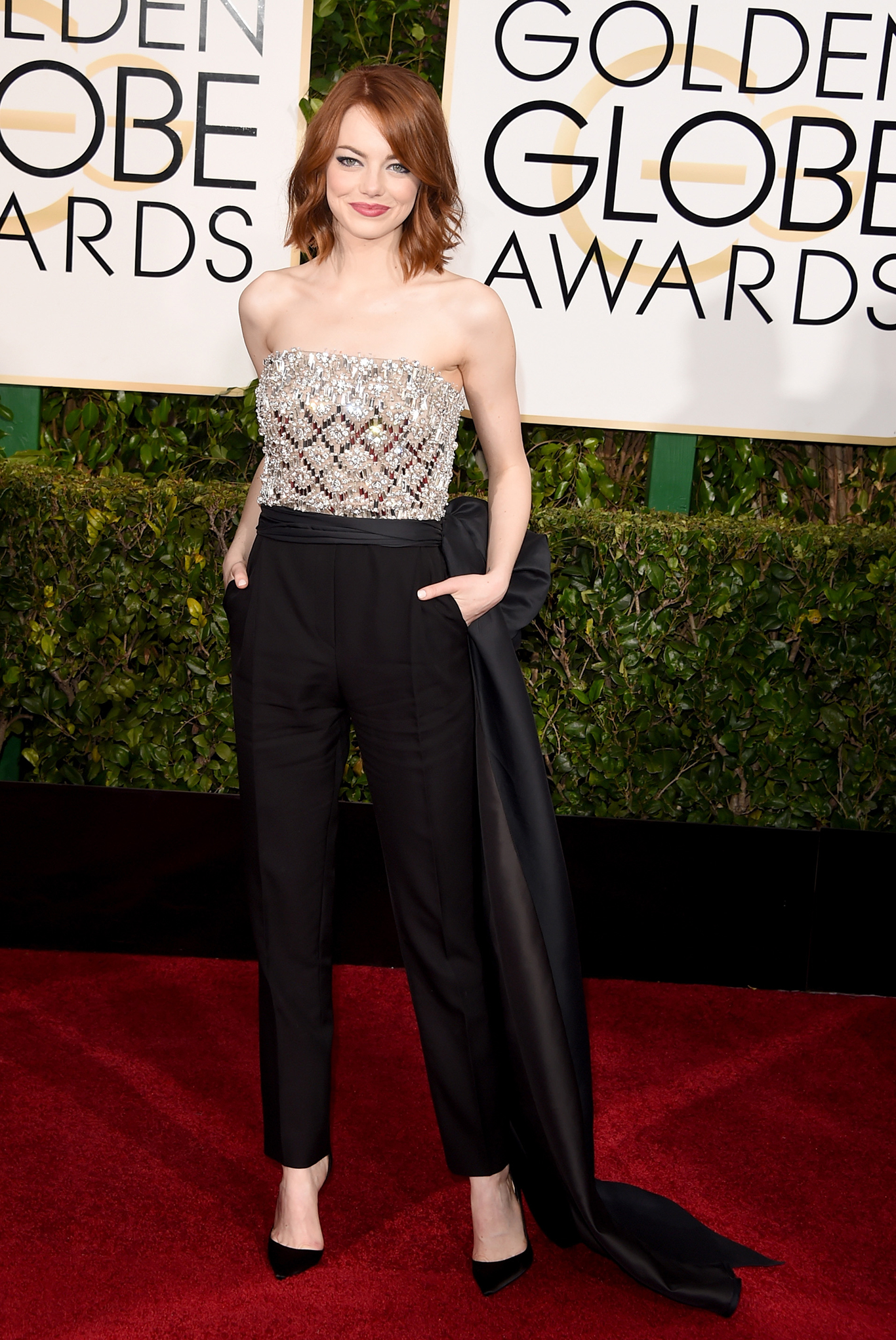